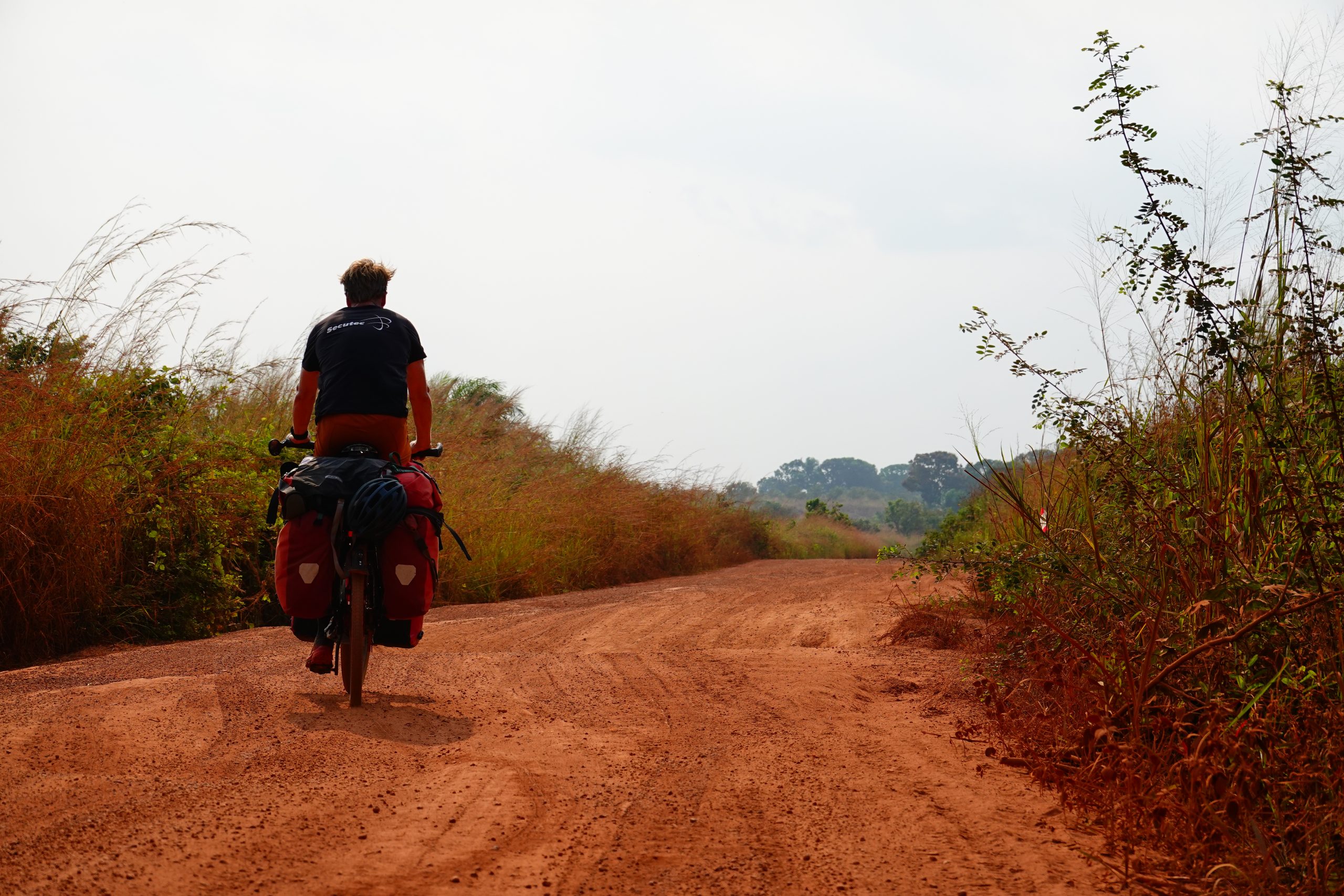 The 29th of June I started cycling from Dolisie to the border of the DRC. The ride was great, mainly small gravel roads into the hills to the border. I passed several checkpoints (police, army,…) and then nearing the border I got stopped by Immigration. They wrote down all my details and I was free to go on. Until about 10 minutes later the officer comes back on a motorcycle. He called his boss in Dolisie and told me I had to go back. They put me on a truck that dangerously drove me back. The next day the colonel came to visit me in the city, still hoping he would allow me to cross. There was no discussion possible, I had to get permission in Brazzaville.

That day I left, disappointed, to Brazzaville. Some years ago there was a whole new road constructed, asphalt all the way to the city. During my ride on it I neared the border a couple of times and asked there as well, without success… In a meanwhile I contacted some people at the embassy and found some connections that are willing to help me get it sorted out. The ride itself to Brazzaville was great. Sleeping in the villages I meet on the road, the people being all so friendly and welcoming! I’m feeling good and it’s the dry season. This means it is not as warm and humid as last time I was here. It’s making my nights a whole lot better as it cools down at night. I’m still drinking about 6 litres of water a day though.

The new road is great, but makes a huge detour around the city. This is definitely a lot faster by car, but as I’m cycling it was just some extra km’s. As I arrived in Brazzaville, I’m having some obligatory rest to get everything done. I hope to be in Kinshasa soon so I can continue this adventure. The real one is about to start: cycling the DRC, which I’m very excited about!

Thank you very much to my sponsors who make this project possible.